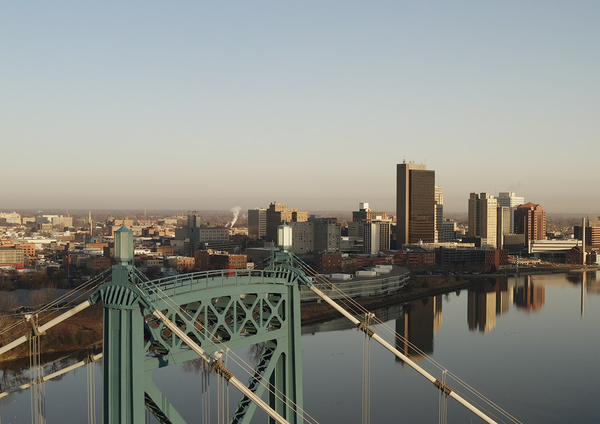 Wow! This is exciting what’s happening in Toledo. This is big and bold and I can’t wait to see how this starts to unfold. Please watch the whole press conference of the mayor – it’s amazing. Of course, I was impressed with the concept, but what stood out to me, was the way in which he spoke of, and to citizens with disabilities. The mayor wasn’t proposing this concept of “disability-friendly” born out of pity/tragedy/charitable as the thing to do. Rather it was; “people with disabilities are us, and we’re going to stop leaving them on the outskirts, or as a second thought, and bring them into the fold where they rightfully belong.”

Although disability laws such as the ADA are very necessary, I always thought of it as “A backup for when things are not working for people with disabilities in society” or even a “How to manual” when the “will” is there, but the “knowledge” might not be. I have always believed that inclusion as well as a sense of belonging, don’t start with a “law,” but with the attitude of people in society. In other words, you can enforce basic laws that make society “useable” to people with disabilities, but that doesn’t make us feel wanted – that is just forcing people to obey the law (which, of course, they should). Belonging is that extra step of doing what is not governed by law to make people welcome and comfortable. That’s what I heard the Mayor encouraging in Toledo.

I know I rambled on, but I like to give two examples from my personal experience that I believe emphasizes the Mayor’s sentiments. The two times I explicitly recall of people going beyond what was ordinary for the time, and putting forth energy, as well financial investment, to welcome and include people with disabilities, and made me, as well as other people with disabilities, feel welcomed and a part of them. These business owners were doing things, not because they were governed by law, but because they saw value in us.

When I toured Italy, the first hotel we stayed at had three or four good size steps into it with no ramp. As far as I know, there was nothing like the ADA in Italy 20 years ago. But irregardless, four guys got wood and built a good ramp in three hours. Sure, we had to wait, and one might argue “There should have already been a ramp there.” Maybe, but the fact is they weren’t required to do that, but they realized the “need” and immediately took care of it. Italy’s shops have a step or two, owners would see wheelchairs, and without asking, naturally, bring out portable ramps or boards to allow us access. Maybe as Americans, they knew we had money to spend, but it doesn’t matter what they saw, we had some kind of value to them so they accommodated us. People didn’t shy away from us in Italy but actually talk to us, even with the language barrier. I remember the bus driver teaching me Italian because I really wanted to learn basic words. He was so patient with me and really treated me like I could do it. No, Italy was not “physically” accessible because of its natural environment (crowded shops close together, very hilly with cobblestone streets thousands of years old), but their attitude made it accessible. I remember thinking at the time – never in America would I see a ramp built-in 3 hours just to accommodate me.

Also in 1978 (well before the ADA), there was a core group of five of us that regularly attended the Gold Diggers hockey games (Of course I was the only female in the gang, but I loved hockey and the socialization of being with other beer-drinking hockey lovers). Two, sometimes three, of the guys were in wheelchairs. The rink had a wall around it and these guys would struggle to see over it. We faithfully attended the games despite only being able to see the top half of the hockey players’ bodies. No one complained that there wasn’t accessible seating. Someone may have mentioned to the sports arena that may be a platform that would help us see better. We were a loud group who loved hockey and other fans would come to talk with us during the games.

I remember showing up on a particular day, and some people met us at the door excited to show us something. They had built a high platform with a ramp up to it, so people in wheelchairs could see the whole rink – it truly was great seating. It was just a simple wooden platform painted red, that could easily accommodate five wheelchair users. They didn’t have to do that by law at the time, and one can argue that it was “segregated seating”, but for its time, it was a recognition we have hockey fans who use wheelchairs and we want them to enjoy the game the same as other fans.

That’s what I heard the Mayor say, beyond what is ordinary, but what would make people feel a part of and welcomed among us. If I were 15 years younger, I would definitely apply for this position. with getting old, but mostly the cancer diagnosis, makes one feel left out of opportunities that they would have loved to have been a part of. But I will be sitting in the stands with full view, cheering on others, as they move Toledo forward to be the most “disability-friendly city!”